Last time I said that sake had been born from unique ideas and delicate sense of balance that is characteristic to the Japanese and that it is a treasure for the nation in which we can be proud of. I would very much like to continue to talk about the process of sake brewing, but I will save the complicated talk for later, when you have come to like sake and get ready for the topic. So today’s theme is: “How to find sake that suits your taste.”

The answer is quite simple: just keep trying until you find your favorite. 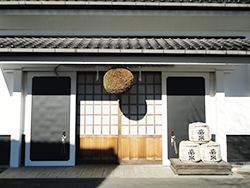 Having said that, it is impossible to try all the sakes on the market, as there are more than 1,500 breweries across the nation (*1) and most of them have more than one brand. Let’s suppose each brewery makes at least three kinds. If you’d like to try all of them in a year, you have to drink 12 kinds of sake every day. And of course, every year sees some changes in the lineups, so it is totally impossible to try all of them. When you pick a sake to try, it should be based on the assumption that you would like it.

In the past, there was a class system for sake, with the “fifth grade sake” at the bottom of the pyramid and “special grade” at the top. If you haven’t heard of it, ask your grandpa or father. This grading system was not based on the quality of sakes, but on the amount of tax collected from them. It was abolished in 1990 in response to many criticisms and was replaced by the current classification system.

Of “honjozo-shu” and “jummai-shu,” those that have undergone a special process are called “tokubetsu (special) honjozo-shu” and “tokubetsu jummai-shu,” respectively. Other sakes that are not included in the above are collectively called “futsu-shu.” (Just for your information, sake made with added sugar or acid is not good in quality. Check out the label on the back of the bottle for ingredients.)

1. Seimaibuai
This means how much of a rice grain remains after being milled away, compared to when it was brown rice. For example, seimaibuai of 30% means 70% of each grain has been polished away. Naturally, this means more rice needed for sake brewing and higher price of the product. 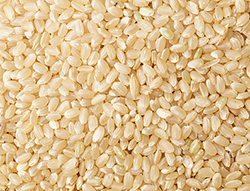 The more the rice is milled away, the clearer the taste of sake becomes. On the other hand, the more of each grain remains, the more umami you can taste in the sake.

2. Added distilled alcohol
Some sakes contain added alcohol, distilled alcohol mainly made of sugar cane, something like cheap shochu. So it’s not a chemical additive. In the past, when there weren’t such good facilities as we have now, adding distilled alcohol was an important process to prevent sake from going bad. It can be said that it was also the result of brewers’ effort to offer sake at lower prices.

Sake with added alcohol tends to have a smooth clear taste.

3. Classification name
Some say jummai daiginjo is the best, but it’s not true. It is not true that expensive sakes are better than cheaper ones.

This kind of information on sake can be all found on bottle labels as it is required by the law. Ask the bar staff to show the bottle if you would like to know. If you keep trying and learning about sake, you might be able to find common characteristics among your favorite sakes. Just don’t think the above is everything that affects the taste of sake; there are many other factors.

Next time, I’ll make a report on the brewery I visited on February 15. I’ll show you in what kind of place sake is made, with plenty of pictures.

Note:
*1: Information as of 2011. Might include breweries that are currently taking a break.