The last report was on the tour inside the brewery, so this report is on the sake tasting at the end of the tour, which we had been so looking forward to! (It turned out to be an enjoyable drinking party, not an ordinary tasting experience.)

Kinkon was dedicated to Emperor Showa when he was married and is considered auspicious sake. It is now dedicated to Meiji Shrine at the end of each year and is provided to general visitors on New Year’s Day. 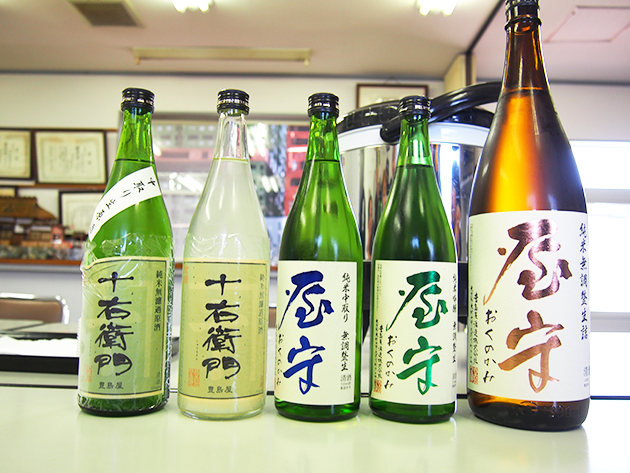 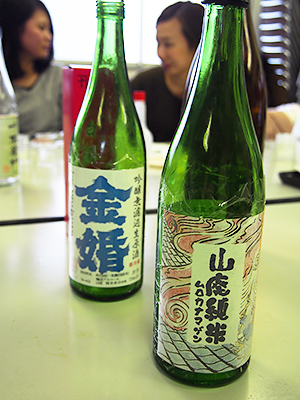 Okunokami and Juemon are at opposite ends from each other in taste. While Okunokami has a gorgeous aroma and flavor, Juemon has a deep flavor with subdued aroma, a kind of taste you would never get tired of. Before leaving the brewery, each of us bought our own favorite sakes. One of us even bought Shirazake, Kijo-shu and mirin at the same time. I, too, love good-quality mirin, drinking it as it is in winter and with ice or soda in summer. Toshimaya’s mirin is super delicious, by the way. 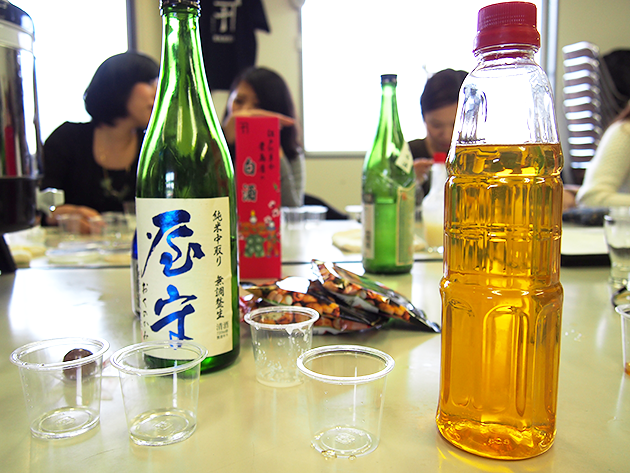 The brewery started the tour service in 2012 and is currently welcoming visitors at a pace of one group in every three days, including those who come for the night tour. Unlike some breweries that show us around a building that was specially constructed or arranged for the exhibition purpose only, they showed us the real kura where sake was actually being made. I got straight to the point and asked Mr. Tanaka, “Isn’t it a hassle to open up the real kura to the public? Weren’t there workers who were opposed to your idea?” He answered without any hesitation, smiling: “It requires only a small effort. Plus, we can see people enjoying our sake just in front of us. Isn’t it the happiest thing for us? Well, though my wife says I’m neglecting my family.” He also said that his colleagues who were once against his idea were now being curious—maybe half amazed to see how earnest he was.

Sake is not an industrial product. In most breweries, except for some major brewing companies, sake is made by hand of such passionate people as we met today. There is no point of following the trend in enjoying sake; let’s just become a fan of sake you are attracted to, to make your everyday life a bit happier. Why don’t you join me in sake exploration? 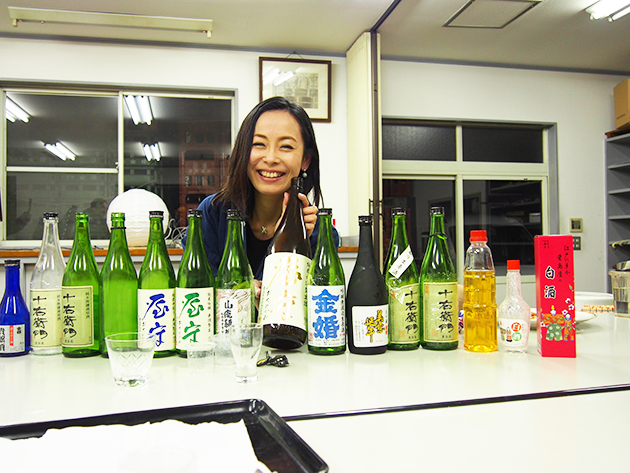 Right now, I’m planning “Spring Tour to Toshimaya Shuzo.” I’ll update you as soon as the details are available. Anybody who are interested, please join me. 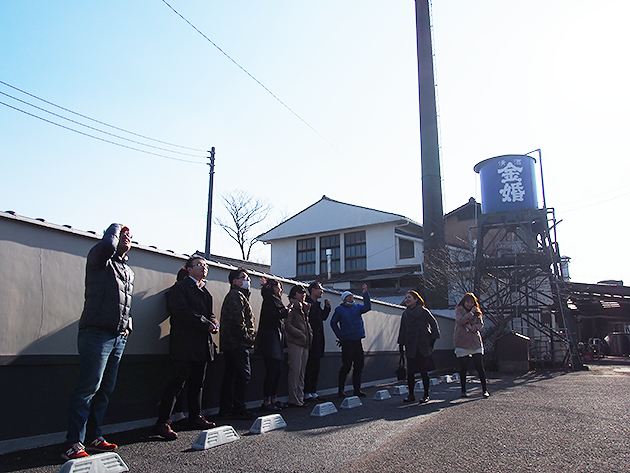