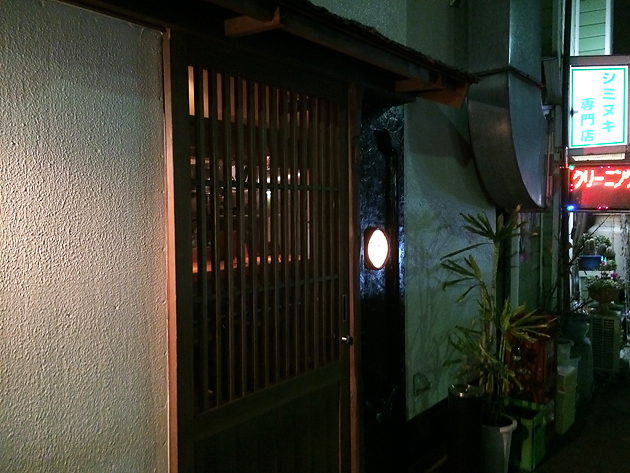 Suzushiro was located in an area a bit far from Sangenjaya Station. When I rattled open the sliding front door, there was a long counter in front of me, with only eight seats. Though the space was small, it had a chic calming ambience. 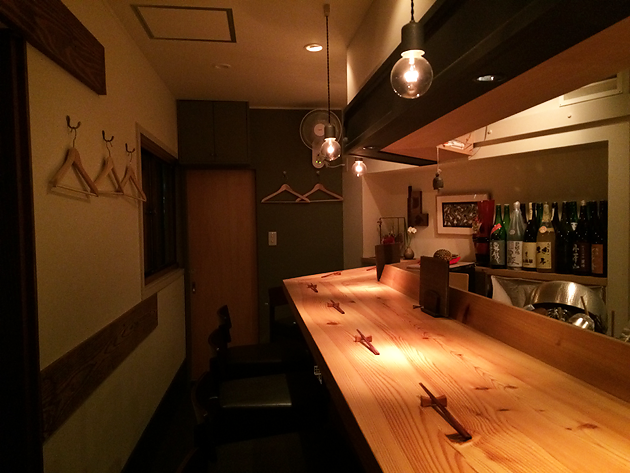 The young master opened this place in 2014 after working for “Kudan”, a renowned izakaya in Gakugei-daigaku, and was now doing everything by himself. When I asked him if it was not hard for him, he said that one person was enough for the small space, in such a tone that conveyed both modesty and his pride in the business.

The otoshi (a small dish that comes before ordering) was rice porridge with seven kinds of seasonal herbs, a dish that has been traditionally served on the 7th of January to disperse the bad luck. The day I visited Suzushiro was actually the very day and I appreciated the way the master brought the season into his menu. The porridge cooked in mild broth was gentle to my stomach and warmed up my body. 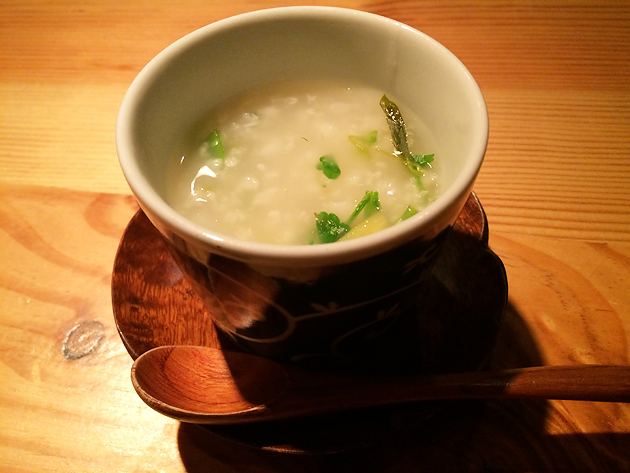 Though there were a variety of sakes listed up on the menu, when I consulted the master, he chose for me a sake that fit my taste. The price was 850 yen for sake of slightly more than 180ml, which was served in a thick, Nousaku brand container. As for the drinking cup, I chose for myself. 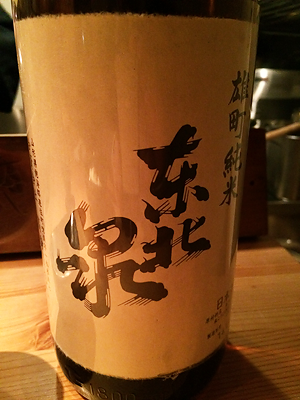 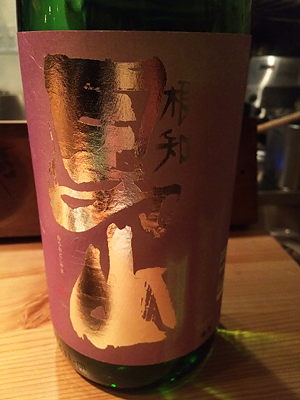 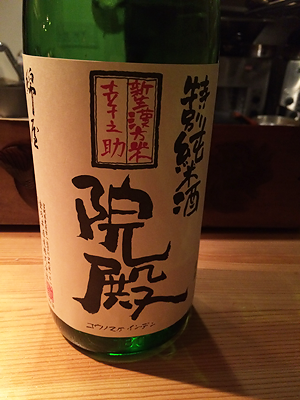 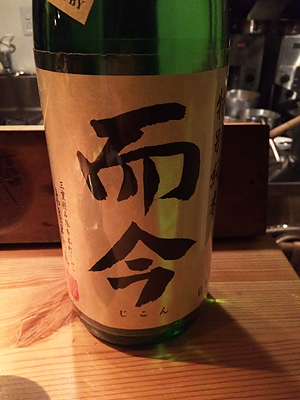 The below are what I chose from the menu on the blackboard:
First, carrot dressed with tofu-based sauce. This carrot is a so-called “kyo-ninjin” variety, an A-student that has a mild sweetness and distinctive flavor along with a great texture. The tofu-based sauce nicely complimented the carrot, and the fragrant flavor of white sesame sprinkled on the top completed the dish perfectly. I could tell that the master’s meticulous way of preparing meals—which I was watching from my seat at the counter—was well reflected in the tastes of dishes I was served. 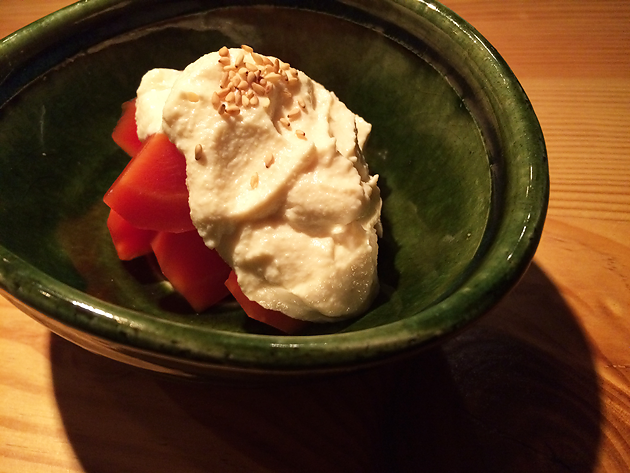 The second dish: seared vinegar-marinated mackerel with grated radish and chrysanthemum flower. I was impressed by the taste of nicely-fatty quality mackerel that was not too marinated, as well as by the master’s aesthetic sense to garnish it with beautiful-colored chrysanthemum. I also noted he served each dish at carefully considered timing. 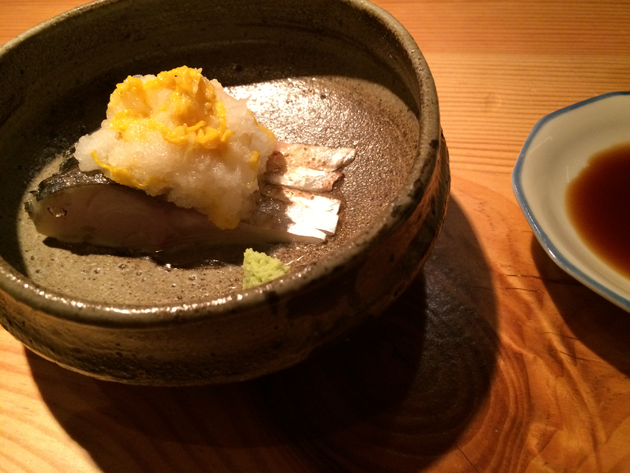 Kyoto-style gluten cake grilled with sweet miso paste on the top, which came in two flavors: yomogi (Japanese mugwort) and black sesame. The mochi-like texture and miso paste made the best match, and together, they made me drink more. 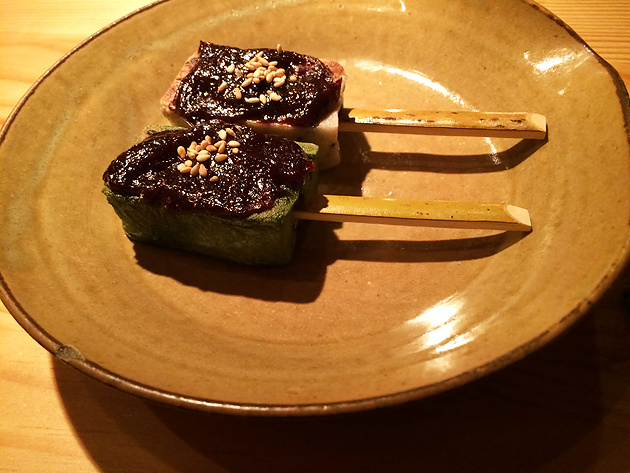 There are more great dishes on the menu including grilled and fried ones and all of them are meant to go with sake. If you want something else, meat or rice menus are also available. If you feel like going for a big meal, pick the chef’s choice course. 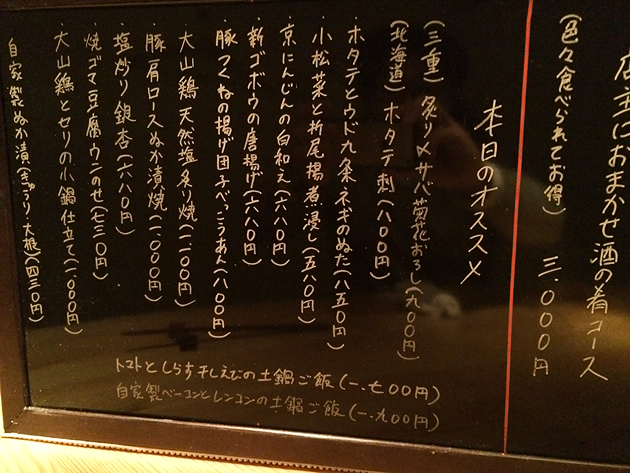 With its distinctive ambience and menus, Suzushiro stands out among many other sake-focused places in Sangenjaya. Not to mention the tasty sake and dishes, the ambience and the master’s gentle laid-back character will surely capture the heart of anybody who visits the place. If you want to have a drink at somewhere quiet, just open the door to the restaurant and walk in!